LETHBRIDGE- On Monday, December 9, United Way gathered at CASA with members of the Reconciliation Lethbridge Advisory Council and the Lethbridge Indigenous Sharing Network – partners in organizing the art & media contest, now in its second year. The contest winners were officially announced, and prizes awarded.

“We’re really excited that all of the works will be displayed here at CASA,” said United Way’s executive director Janelle Marietta. “The jury had a difficult time choosing the winners, since there was so much talent displayed, and so many stories that needed to be told.”

Cash prizes were awarded to first, second and third place winners, and a “People’s Choice” prize was also awarded based on the results of a social media vote on Facebook.

1st Place – Melvina Brave Rock for the work titled “In Transition” – a hand-crafted doll display.
2nd Place – Anonymous artist “Iinii” for the work titled “The Iinii” – a framed painting.
3rd Place and People’s Choice – Donovan, RT & Tyson for the work titled “At Ease” – a song recorded at ARCHES’ Hip Hop for Healing program.
Overall contest winner Melvina Brave Rock said that for her, winning was bittersweet since the piece reminds her of the time she spent in residential school, and also helps her honour two of her three brothers who experienced abuse in residential schools, and have since died by suicide.
All of the submissions will be on display at CASA in the second-floor atrium until mid-January.  Links to the audio submissions are available by QR code. The photographed submissions are available on United Way’s Facebook page. 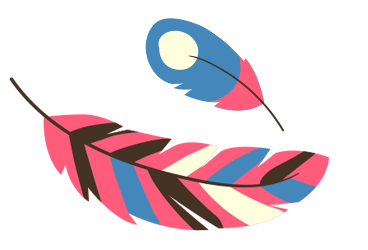