$25k In the Net for United Way 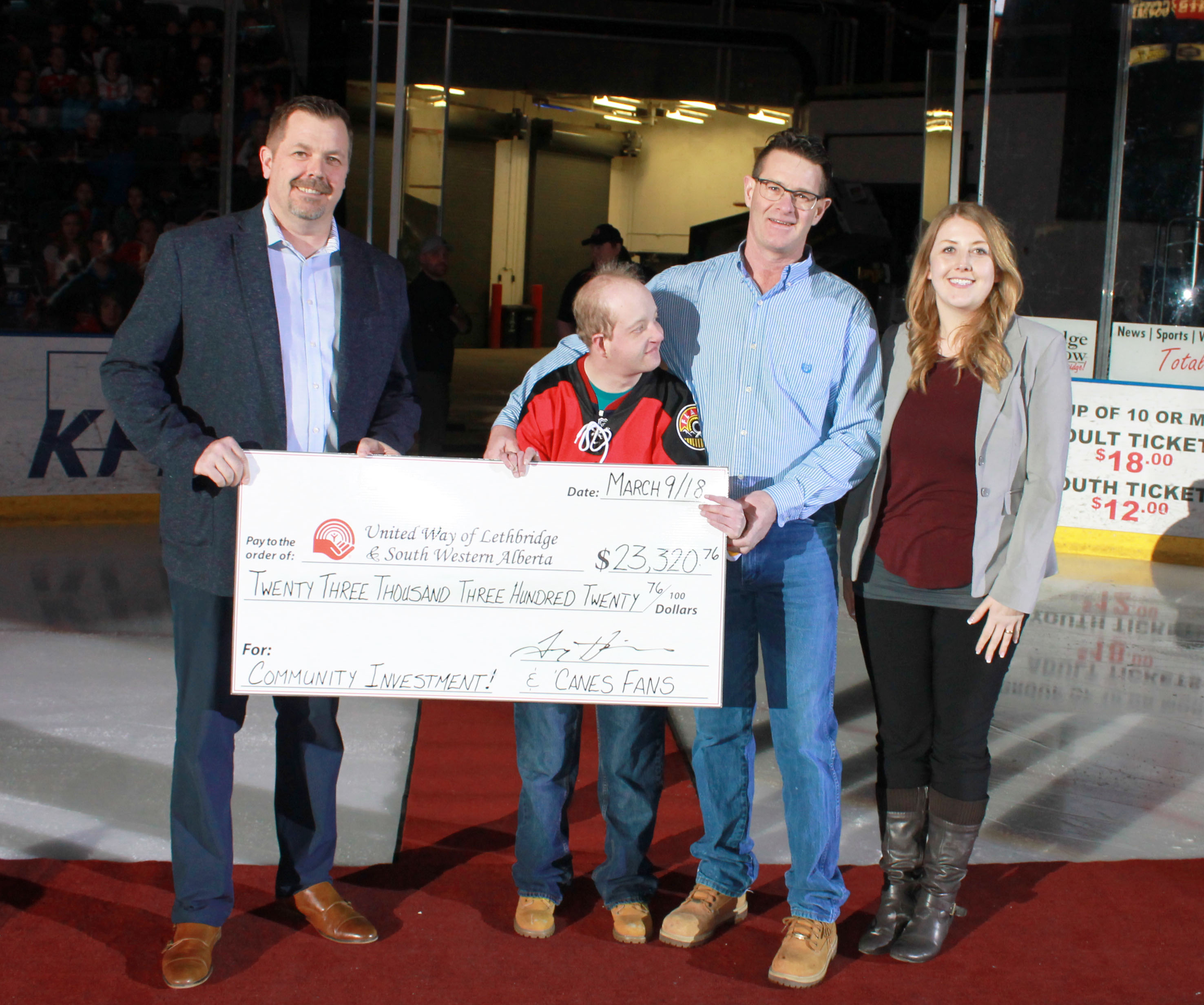 Lethbridge Hurricanes fans may only spend a few dollars on a raffle ticket at each home game, but together over time, they are making an enormous impact for the Lethbridge United Way.

On Friday, March 9, United Way recognized all those who contributed to a fundraising total an entire season in the making.  Through the home-opener tailgate BBQ in September, and jersey raffles at each home game since, $23,320.76 has been raised for United Way’s Community Fund.

“We’re really thankful to all those who make this fundraising possible,” said United Way Development and Operations Manager, Janelle Marietta-Vasquez. “The Lethbridge Hurricanes  for one, but also Brown’s Social House for their BBQ sponsorship, our friend Darren Malchow and his family, our volunteers and especially the Hurricanes fans who see us at every game.”

Nearly half of the $25,000 was raised thanks to the donation of several autographed Calgary Flames jerseys donated by Darren Malchow with the help of Calgary Flames right wing, Kris Versteeg.

Malchow, along with his son Vance, were on hand at the March 9 game to help United Way celebrate the end of the regular season, and also be recognized for their efforts. Marietta-Vasquez said their support was instrumental.

“This is a family that’s found a unique way to really make a difference,” she said. “Their donation has now been multiplied tenfold, thanks to the Hurricanes and the fans, and with granting time just around the corner, we’re looking forward to putting this money to good use in the community.”

United Way provides funding for essential local programs in the areas of poverty reduction, building healthy and inclusive communities, and helping children and youth be all they can be. Each year, programs funded by United Way help thousands of people in Lethbridge and South Western Alberta.